Exports grew at the fastest pace this year, rising by 30.7% in April.

The Indian economy maintained its momentum in April as a wider reopening of the pandemic has so far prevented rising prices from dampening demand.

Activity in both the services sector and factories increased last month, while three-month weighted averages of monthly changes in indicators from exports to credit demand indicated sustained strength. This helped keep the hand on the dial measuring so-called ‘Animal Spirits’ at 5 for the 10th month in a row. 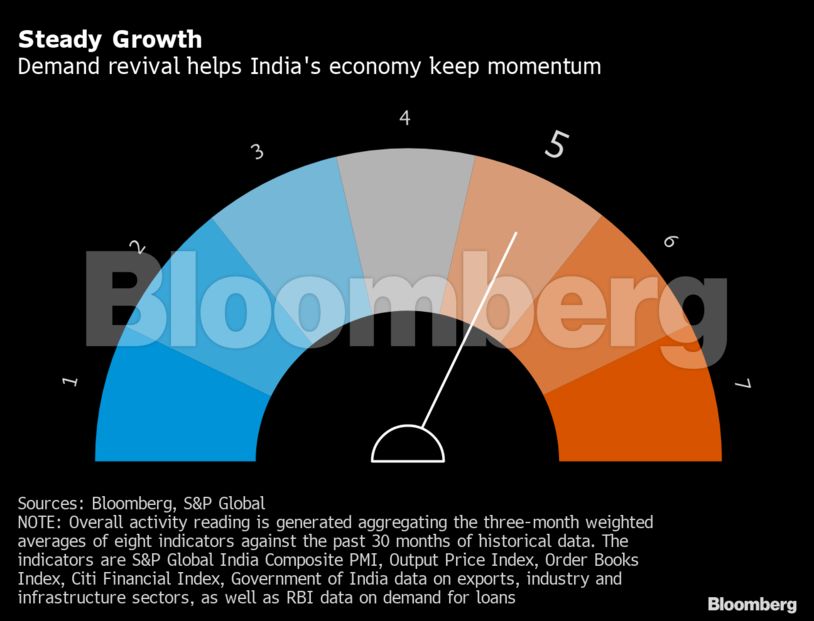 While April marked India’s first steps to live with the virus, including the first full month of commercial international flights in two years, risks are looming for the economy as the war in Ukraine boosts inflation and blockades in China strain supply chains. The Indian government and its central bank acted in tandem this month to face price pressures through steps such as tax cuts and a surprise increase in borrowing costs.

Reserve Bank of India Governor Shaktikanta Das, who is due to chair a policy panel meeting next month, has indicated further tightening to prevent inflation from undermining household purchasing power.

Below are details of the instrument panel.

Purchasing managers’ surveys showed that service sector activity grew at the strongest pace this year, while production also expanded. This helped the S&P Global India Composite PMI expand at the fastest pace in five months to 57.6 – well above 50, which separates growth from decline.

The activity, supported by stronger new orders, was accompanied by a sharp rise in output prices as producers began to pass on high raw material costs to consumers. This is a risk for headline inflation, which climbed to an eight-year high in April. 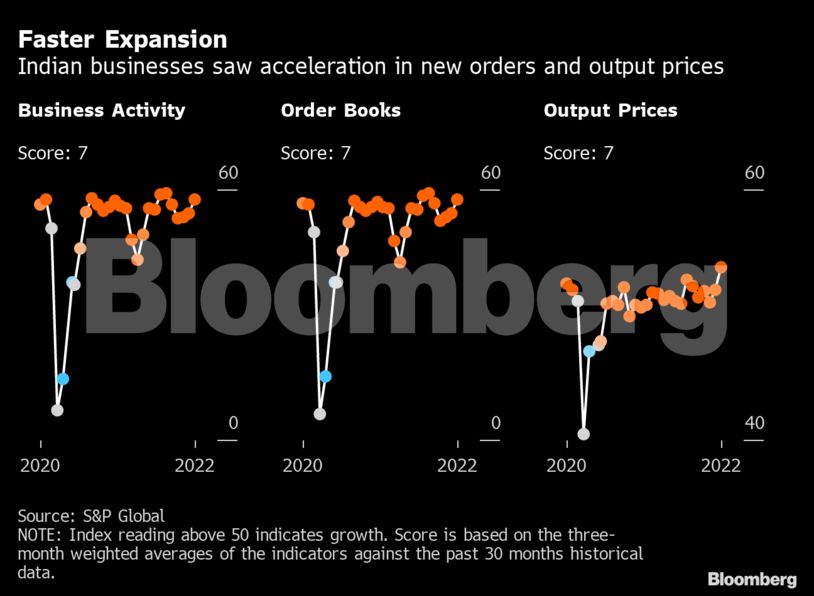 Exports grew at the fastest pace this year, rising 30.7% year-on-year to $ 40.2 billion in April, although lower than $ 42.2 billion a month ago. Imports also rose 31% to $ 60.3 billion as high commodity prices increased the bill for everything from oil to edible oil. That increased the trade deficit to $ 20.1 billion from $ 18.5 billion in March. 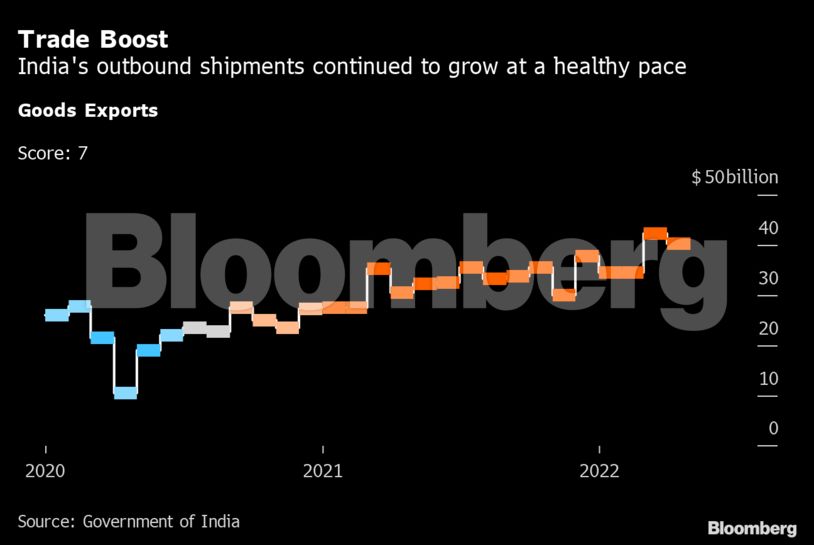 The automotive sector continued to be burdened by a global supply shortage, with passenger car sales down 10% in April compared with the previous month. The automotive industry is seeing rate hikes that dampen consumer sentiment.

However, other indicators of consumer activity were encouraging, with bank loans rising by 11.1% at the end of last month from 9.6% at the end of March. Liquidity conditions remained in surplus. 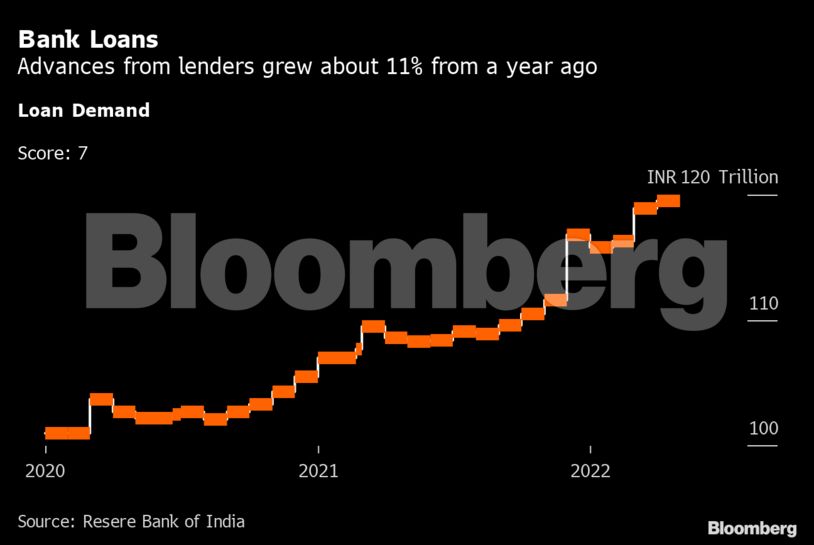 Factory production growth accelerated, rising by 1.9% in March from 1.5% in the previous month, driven by electricity and mining. Production growth in the eight infrastructure sectors slowed to 4.3% from 6% in February, as coal and oil production fell compared to last year. Both reports are published with a monthly delay.